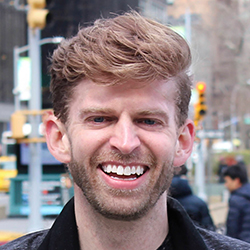 Seth holds a Bachelor’s degree in Music Education from Auburn University in Auburn, Alabama where he performed as a tuba player in ensembles under the direction of Dr. Johnny Vinson, Dr. Rick Good, Dr. Corey Spurlin, and Dr. Matt Wood. Seth is a founding member of Auburn University’s Dean’s Brass Quintet and the Charter Historian of the Auburn chapter of the National Band Association. In addition to Music Education, Seth also studied Computer Science and Graphic Design.

In 2013, Seth set his sights on Texas as an Orchestra director in the Dallas/Fort Worth Metroplex public schools. While there, his orchestra’s consistently received the highest honors from the University Interscholastic League State Assessment. In Dallas, Seth spent three seasons with the Carrollton Wind Symphony (CWS), directed by Jim McDaniel, as a member of the tuba section and as Secretary on the Executive Board. In 2015, the CWS had the distinct honor of being invited to perform at the Texas Music Educator Association Annual Conference. He also performed regularly with the Metropolitan Winds, under the direction of Randol Bass and Frank Felice.

In 2016, Seth, his wife, Shelby, and their two dogs, Link and Pascal, moved to New York City where Seth served the NYC public schools as a high school music technology teacher in the Bronx, and where Shelby began her career as a professional percussionist.

Before joining DCINY, Seth served a boutique Public Relations and Marketing agency as their Multimedia Designer, where he was responsible for graphic design and web services, as well as all video production and photo editing work.