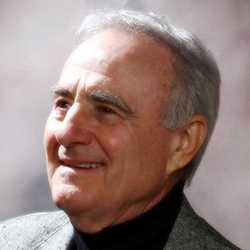 Eph Ehly is the 2014 recipient of the DCINY Educator Laureate Award.

Named “one of the most sought-after choral conductors/clinicians” by The American Choral Directors Journal, Eph Ehly is renowned as a conductor, author, and lecturer. Ehly has appeared in 48 states, as well as Canada, Brazil, Japan, Mexico, and several countries throughout Europe, and presented on more than 100 college and university campuses. DCINY’s Maestro Jonathan Griffith—the recent winner of the 2014 American Prize in Conducting—comments: “Dr. Eph Ehly has been a major influence in my life, not only musically but also personally. Much of who I am today as a conductor goes back to the early days of my doctoral studies at the Conservatory of Music at the University of Missouri-Kansas City, and specifically with my daily contact with Dr. Ehly. It is a sincere privilege to honor this wonderful and giving musician and human being.”

After 27 years of service – and conducting over 80 All-State Choirs, and over 600 festival ensembles – Dr. Ehly retired from the Conservatory of Music, University of Missouri-Kansas City. He also served an Interim Professorship at the University of Oklahoma in 2006-07. More than 90 Doctorate and 100 Masters Degree students have graduated under his supervision. He imparts a lifetime of wisdom and expertise in his popular memoir, “Hogey’s Journey,” published by Heritage Press, and Hal Leonard Publishing Company released a series of video master classes which feature Dr. Ehly’s philosophies in conducting and rehearsal techniques. He has received numerous important teaching awards and fellowships.