Conducted by Michael Davis and Alan Alder and presented in collaboration with the Indianapolis Symphonic Choir and Ball State University.

Alan Alder is an assistant professor of teaching in the School of Music at Ball State University, where he servers as Producer/Director of the world-renowned Ball State University Singers, Indiana’s Official Goodwill Ambassadors, and teaches Music History. Under Dr. Alder’s direction, the University Singers won the gold medal at the 2012 World Choir Games, making them the World’s Number One Collegiate Entertainment Organization. The group also won the top prize at the Xinghai International Choral Championships in Guangzhou China, making them the most awarded collegiate entertainment group in competition history. In 2018, the University Singers toured England and performed a concert with The Funky Voices, one of the world’s premiere pop music choirs.

Alder is a sought-after adjudicator, clinician, guest conductor, and has conducted and performed with artists such as Grammy Award winner Sandi Patty, Broadway’s Eden Espinosa, Doc Severinsen, and jazz legends J.J. Johnson and Jiggs Whigham. Alder published The Show Choir Handbook in 2016, and Essentials in Music Appreciation in 2017. He is thrilled to be making his Carnegie Hall conducting debut with such an outstanding group!

Nearly sixty years ago, the Indiana General Assembly elevated Ball State Teacher’s College to the status of “University.” In anticipation of the event, a new musical organization under founding director Don Neuen, was created in honor of the University.

The current cast of twenty-four singers, thirteen instrumentalists, five technicians and wardrobe personnel are under the direction of Dr. Alan L. Alder. At home, across the state, and around the world, the group is known as Indiana’s Official Goodwill Ambassadors. They have performed and captivated audiences all over the world, and hold the title of the World’s Number One Collegiate Entertainment Organization. 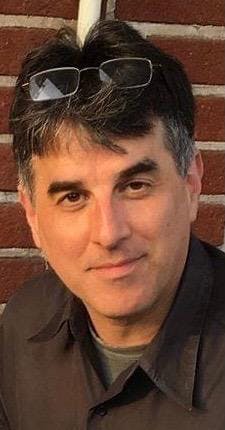